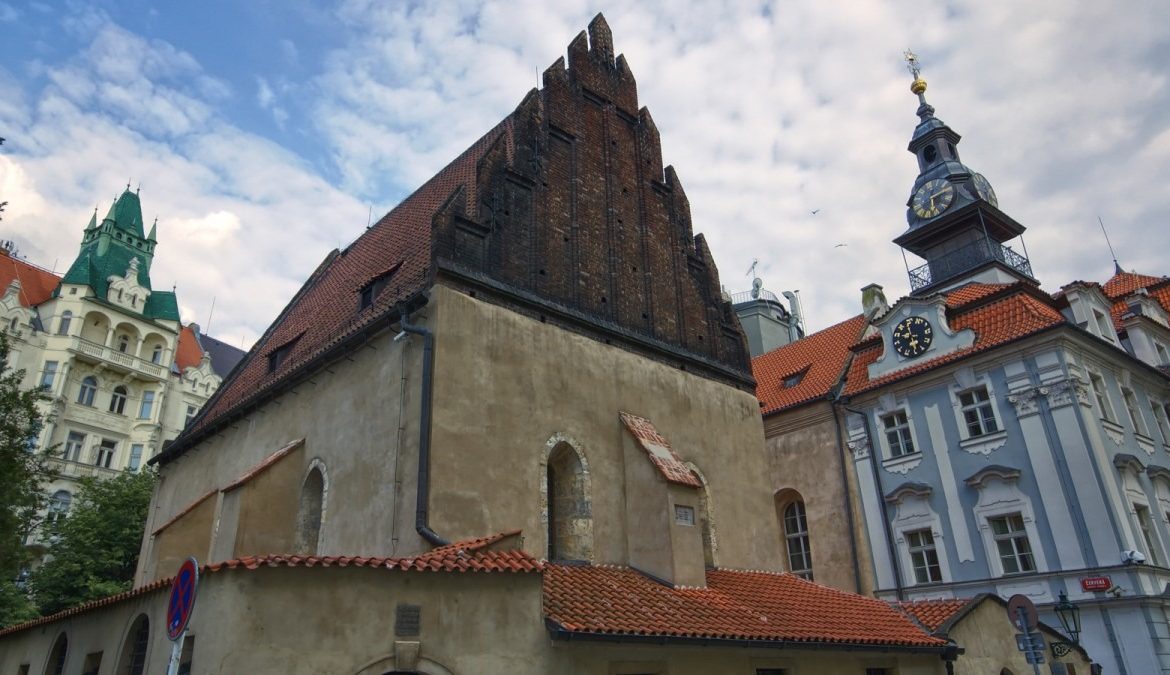 The Old-New Synagogue in Prague © iStock/mskorpion

As night falls over the Czech capital and the residents retire to their homes, imagine that a grotesque clay monster silently roams the tranquil streets. It’s a fanciful thought, but according to legend there was once such a creature—the Prague Golem—called into being with ritual and incantation in the late 16th century. What separates the Golem from other fearsome and imposing mythical creatures is that it was brought into existence not to brutalise and destroy, but to protect. Its task was to defend the city’s Jewish ghetto, which was a frequent subject of anti-Semitic aggression and violent pogroms.

Versions of the story differ, but all agree that the Jews of Prague were under threat. Expulsion or execution seemed inevitable, so the Rabbi Judah Loew ben Bezalel took clay from the banks of the Vltava River and made Josef, or Yossele, a Golem that would defend his people and their homes.

The Jewish community was neither expelled from the Czech capital, nor were they executed. But the story runs that the Prague Golem eventually grew violent. Rabbi Loew had to interrupt his Sabbath service to deal with the rogue creature, and his congregation repeated the same verse in the psalm they were reciting until the rabbi returned.

To this day, at the Old-New Synagogue, a line in the Sabbath service is repeated in memory of Rabbi Loew’s interrupted service. It’s the oldest active synagogue in Europe and a location of great importance in Jewish history. It’s also believed to house the remains of the Prague Golem in its attic. Recent legend holds that a Nazi agent ascended to the Golem’s resting place to attack it, but was killed instead.

At the Old Jewish Cemetery, where battered headstones jut from the earth at awkward angles, the grave of Rabbi Loew is found. It is one of the cemetery’s most famous burial sites: because of his impact on Jewish study, Rabbi Loew is venerated as one of the most important rabbis ever to have lived.

City Hall and the Old Town

It’s no surprise then that Rabbi Loew is celebrated with his own statue, which was briefly taken down during World War II, outside Prague’s City Hall. And those interested in the tale of the Prague Golem might also choose to go into the Old Town, where they will not fail to notice the figure of celebrated Czech author Franz Kafka riding on the shoulders of the monster.

BOOK A STAY IN PRAGUE